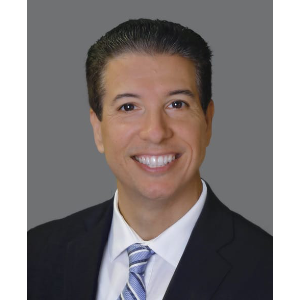 When Ralph Rios, FACHE, commits to something—either personally or professionally—he goes all in, whether it’s skydiving, scuba-diving, piloting a plane or providing the highest level of care to patients at Baptist Health facilities.

“When I’m involved in an activity, I want to reach the highest level of certification/accreditation available,” he explained. “That’s why I join the associations or organizations that support those activities and take an active role.”

“I started with Baptist Health as a physical therapist right out of college,” he explained. “During my time at South Miami Hospital, I was encouraged by the department director to consider a career in healthcare administration.

“I was impressed by the fact that the decisions he made, while not necessarily popular with employees—like working more weekends—were the right decisions for patient care,” he continued. “I had always hoped to make a significant impact on patient care, but hadn’t realized that someone in administration could do that by directing the services of those providing hands-on care.”

Rios, who earned his bachelor’s degree in physical therapy from the University of Florida, decided to pursue a master’s in health services administration from Florida International University. “I was fortunate to work under South Miami Hospital CEO Wayne Brackin during my administrative residency, and he provided a lot of guidance, and also helped me land my first job in performance improvement at South Miami Hospital,” said Rios, who later became the hospital’s assistant vice-president.

After 15 years at South Miami, Rios moved to West Kendall Baptist Hospital as its vice-president, where he worked with CEO Javier Hernandez-Lichtl. “We were here a year before the hospital opened and took it from eight to 800 employees,” said Rios. “We had to hire everyone, plan for lines of service, bring on medical staff, select a board, create policies and procedures, and ensure that everything worked safely and effectively. It was fast and furious, but very exciting.”

Five years ago, Rios began wearing a second hat, training nurses, physicians and therapists at the Baptist Health Center for the Advancement of Learning where he now serves as its vice president of Academic Affairs.

“I feel that it’s extremely important to be engaged and involved in any organization in which you have an interest,” said Rios, who also mentors individuals in the Baptist Health System.

For this reason, Rios joined the American College of Healthcare Executives (ACHE) soon after obtaining his master’s degree, and has since served on the board and held various positions with the goal of bringing services to ACHE members. He also became a Fellow of the organization.

“I believe that the Fellow credential demonstrates my commitment to the profession,” he explained. “When others see it, they not only know that I am an advanced professional, but it acts as a conversation piece.

“Talking about it encourages nonmembers to get involved, and helps remove some of the mystique behind it and the perceived barriers for members who might be considering it,” he added. “While challenging to earn, it is achievable.”