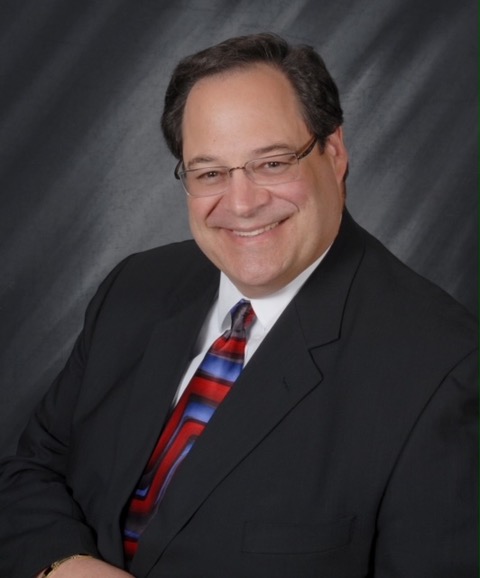 Although Zeff Ross, LFACHE, is now retired after working for almost three decades for Memorial Healthcare System, he is hardly resting on his laurels. The former executive vice-president of Memorial Healthcare System and Chief Executive Officer (CEO) of Memorial Regional Hospital is still passionate about being a lifelong learner and helping others to succeed in the healthcare industry.

“I stayed at Memorial for almost 30 years because of its culture and the constant challenges, as well as the difference that I could make for patients,” he said. “I was always doing something new and learning something that helped me develop as a person. I also took the opportunity to help others develop during that time.

“There are a lot of avenues for people to learn from, and one of them is life experiences,” he continued. “Younger people can learn from those of us who have been there; they don’t need to reinvent the wheel. Building relationships and having someone they feel comfortable enough to call and ask for help is important, which is one reason why I advise them to get involved with the American College of Healthcare Executives (ACHE).”

Now a Life Fellow, Ross joined ACHE while a student in graduate school. “I respected the organization’s focus on lifelong learning, as well as the fact that it ensured the safety and quality of care to patients by promoting education, integrity, and leadership capabilities,” he explained, adding that he attended numerous educational seminars and conferences as a member.

“I remember quite a number of very good courses, including one on negotiating skills,” he continued. “I learned that it’s not a win-lose situation when negotiating; everyone needs to leave the table feeling that they each won. That changed the way I negotiate, and it still makes a difference on how I approach different issues.”

During his time as a member of ACHE, Ross served as a member and the national chair of the Ethics Committee and became a regent for the Southeastern Florida chapter. He also spent a good deal of time mentoring others, including working with younger members of the association on their resumes and interview questions during the annual ACHE meetings in Chicago.

“If I learned something from ACHE or in my life or work, I wanted to pass that information and education along,” said Ross, who was also a very active participant in Memorial Healthcare System’s formal mentoring program.

“Like anything else in life, you need a network of people to support you,” he added. “If you join the local chapter, you not only have an ‘in’ with people who can help you, but you build lifelong relationships. It can also help you in your career; even as a CEO, I would go to the South Florida ACHE chapter meetings on the lookout for talent.”

Ross decided to pursue ACHE’s fellowship path to show his commitment to the field and to his patients.

“To me, the fellowship path signifies to others that I reached the top of the ‘education ladder’ in the profession,” he said. “It shows that since 1978, when I joined, I haven’t stopped in my mission of lifelong learning.”

Throughout his tenure, Ross has received numerous awards, including the Lifetime Community Award from ACHE of South Florida; the Senior Careerist award from the ACHE Regent for Florida and the Spirit of Healing Award from the Memorial Foundation.

“These are my top three; the ones that mean the most,” he said. “I reflect on why they were given to me, and it makes me realize some of my accomplishments and achievements—not just personal accomplishments, but ones like building Memorial Hospital West, that were important for the community.

“I don’t know whether I deserved these awards, but I humbly accepted them,” he laughed. “Looking back, I feel I made a difference.”