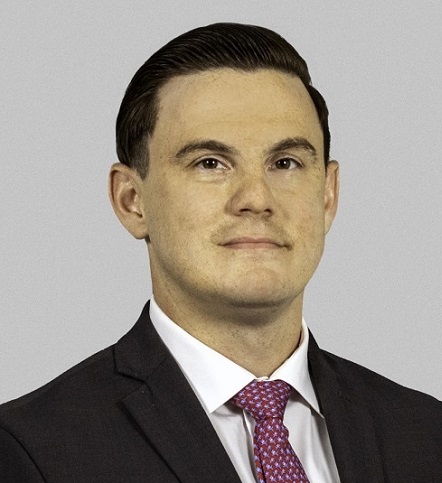 Enrique E. Serrano RT(N), MBA, originally planned to study business after graduating from high school. But a part-time job in an imaging facility led him on a different path, piquing his interest in healthcare while building his leadership skills.

“I was working as a tech assistant at an imaging facility, and found myself really loving what I was doing,” he explained. “When the opportunity presented itself for me to earn a two-year degree and become a nuclear medicine technologist, I decided to convert to health care.”

Serrano worked his way through the ranks at the imaging facility and was soon taking on a leadership role. “I met the owner of the center while doing clinicals; he was in the X-ray program and I was in the nuclear medicine program,” said Serrano. “He was starting to offer nuclear medicine services to the public and I was given the opportunity of opening his first nuclear medicine lab in Miami Lakes.

“We grew together and opened up multiple facilities,” he added of the eight years he spent with the company. “After building out an entire independent diagnostic center in Sunrise, I realized that to grow, I needed more formal training, so I went to Florida International University to earn my MBA in Healthcare and Healthcare Management. Later, other opportunities in the community at Memorial Healthcare System arose to expand and fine-tune my skill set, and I’ve been serving in hospital-based practices since then.”

Now the regional administrative director of imaging at Cleveland Clinic Florida, Serrano appreciates both the technological and human side of his job.

“In my role, I have the ability to influence the quality of healthcare that gets provided; the decisions I make affect everyone down the line,” he said. “This keeps me inspired to motivate and grow my caregivers. When they flourish, it makes a positive impact on patients.

“Acquiring and managing the latest technology is also good for the bottom line of the organization and its patients,” he added. “When they thrive, we thrive.”

While a student in the master’s program at FIU, Serrano got involved in a case competition and later attended one sponsored by ACHE. As a student member of the organization, he appreciated the networking opportunities and educational offerings—something he still takes advantage of to this day.

“ACHE enables me to check in with everything going on in the healthcare community,” he said. “While we don’t work in silos, working in radiology is a very specific field, and my ACHE of South Florida membership allows me to broaden my scope outside of the day-to-day.”

Serrano serves as ACHE of South Florida’s sponsorship chair, which gives him the opportunity to expand beyond his field as well.

“Being the sponsorship chair provides a unique opportunity to network with the community,” he said. “I love engaging with our community partners and sharing the value of ACHE, and reaching leaders at the decision-making level who are willing to give back at our educational events by bringing light to what everyone is doing in the community.”

As for why healthcare executives and other professionals should join ACHE, Serrano notes its importance in South Florida and beyond.

“I recommend ACHE to others because it is the standard for healthcare leadership in terms of pursuing a fellowship, and it adds credibility to your name as a professional,” he said. “When you look at the top leaders in industry, most have FACHE by their name. That’s not by accident.”